My experience with yoga

My experience with yoga 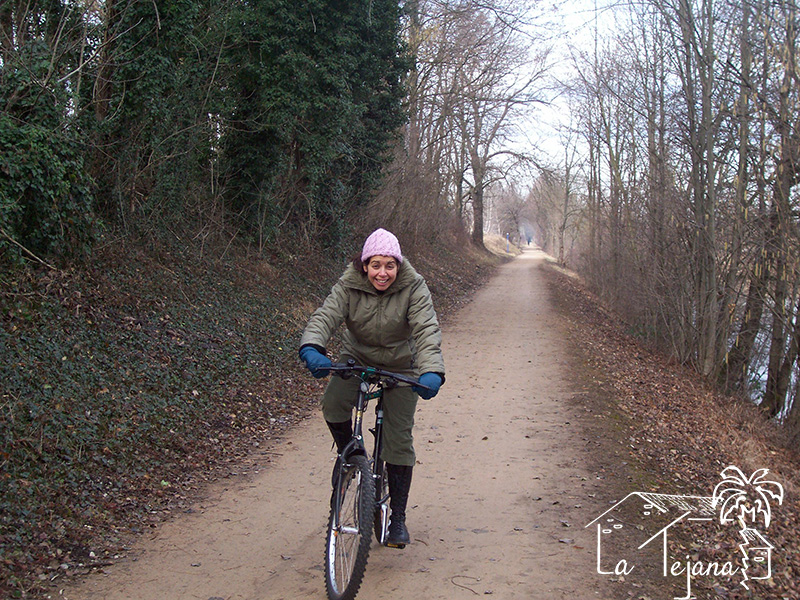 At that time, I moved to Switzerland in the middle of winter. Coincidentally, my house was in a neighborhood where there was a yoga studio. At first I didn´t pay much attention. Without almost knowing the place and people, my days were limited to go down to the supermarket, go from one side to the other by bike to be get to know all that, see the shop windows of the stores decorated for Christmas ... Everything was very beautiful but I was always looking forward to getting home to warm up, since I was not used to being so cold.

The first few days I passed in front of the yoga studio and looked through the glass to see if I could see something of what was going on inside. I saw how people came and went, but I did not decide to enter because yoga was not for me. Yoga was for other people, mystical, spiritual, calm people, with a lot of flexibility ... and I was nothing like that, or so I thought. Fortunately, time and yoga made me change my mind.

The day came when I got tired of always doing the same thing. Fortunately or unfortunately the city center was a couple of kilometers from home, and it was very cold and sometimes I didn´t feel like taking the bike. But I needed to do something different and there was that studio ... so close ... Why not? I thought. You go, you ask for information, you try, and if you don´t like it, that´s ok. So that´s what I did: I went, I asked for information and I tried.

I must admit that when I entered and did my first practice all my prejudices vanished. The people were "normal", just like me. And the most surprising of all is that at first I thought that yoga didn´t matter, that the important thing was that at least I was going to make friends and I was going to practice the language.

Little by little I began to like yoga more and more. To be honest, of the things that surprised me most at first, is the age of the studio instructors. They were all over sixty years old, and what's more, the main instructor could well be in her eighties. That woman moved like a teenager and was very calm! In one of the talks, someone asked about other instructor´s age. She was sixty-three years old and had started practicing yoga at forty-seven— and I thought I was already old in my thirties to start doing something new. My way of thinking changed at that moment. I have to say that many times I use this fact as an anecdote when someone tells me that they are too old to start doing something new. You're never too old to do something new!

I surprised myself with my will to leave the house and go to practice. What was initially an excuse to keep me busy became something that captivated me. First it was the feeling of relaxation with which I left that place. And that feeling was the one I paid attention to for a long time. It is true that the practice was quite hard. Any asana, as simple as it was, was hard for me, because when I was convinced that I was making it perfect, the instructor adjusted me and it was then that I began to work properly, not only physical, but mentally. Also, with dissimulation, I looked at others. I looked at everyone except me. The most valuable learning came when I started to focus on myself, to look inward instead of outward. I began not to be aware of others. I wasn´t there to compete, nor to see who was the best or the worst. I was there for me. That was the best discovery.

My stay in Switzerland didn´t last long. I couldn´t cope with that weather or with that "perfect" way of living. But I do have to thank that country for my first contact with yoga, because it was the best experience I got from there. Back home, one of my main goals was to find a place to practice that would transmit something similar to what I had experienced. And I found it. And again I was very lucky, because this time also the studio was very close to home. And I went back to my practice. 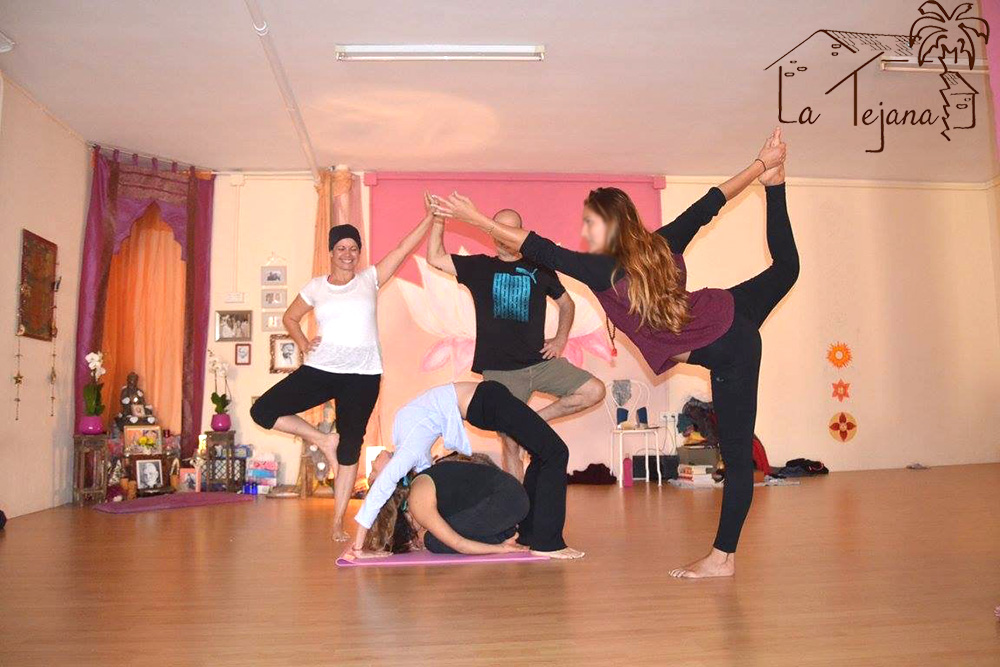 I was also very lucky with the teachers of the study, with Cristina, with Manu, with Paula. I think they are among the best people I could have met on this trip. I learned, and I'm still learning, a lot of them in every way. I remember that once, in one of the talks that we sometimes shared during practice, one of them told us: "when we are beginners in yoga, and when I say beginners I mean when we have been doing yoga for two or three years ..." I do not know what else did she say, but that stuck in my mind. "I mean, I've been only a few months, I'm not even a beginner," I thought. "I'm less than a beginner!" At first I found it hard to understand, because it was going to take a long time to be good at yoga. But once again I realized that the competitive spirit that I had learned to discard in the first practices had come into play. I learned that the goal is not to become good. In fact there is no goal. You don´t have to get anywhere. You just have to be constant, move forward, enjoy, grow...

All the time that I have been practicing I have gone through different stages. I started with periods in which, although I liked it and the practice had many benefits, my will was not as strong as I wanted and if I didn´t pay the fee for practicing, I wasn´t constant. Unfortunately, money is often what makes you constant. If there is no money involved, sometimes you don´t take responsibility. However, every cloud has a silver lining. It all adds up. After the phase of perseverance, the phase of having the will to do yoga not only in the study but also at home, arrived. But it wasn´t the same. First, I thought about practicing early in the morning. I set the alarm clock to wake up earlier and enjoy the silence of the morning, but it didn´t work. It was very difficult to get out of bed. Then, I thought about trying it at night, but I used to get home very tired and there were lots of things to do, so, at the beginning I limited my practice to the days at the yoga studio.

However, everything comes and the desire to do yoga was greater than not doing, so sometimes in the yoga studio, and sometimes at home, I started practicing almost every day.

Finally came what I consider the main stage when it seems that thanks to yoga there is an understanding between body and mind. Your way of being and your way of living, little by little, almost without realizing it, begin to change. You realize that yoga has been applied to your life for some time: the way you react to concrete situations, how you begin to be aware of the present moment, your calmer way of expressing yourself, being more aware of the inside than the outside.

This is the reason why I wanted to take the practice of yoga further. 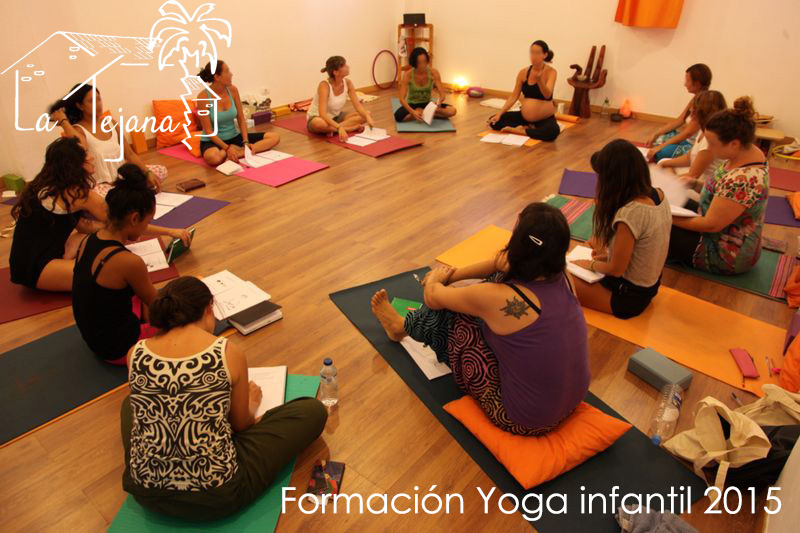 I wanted to be part of those who want not only to learn, but also from those who want to help others to learn. The training courses, among others, of yoga instructor for children first and of yoga instructor for adults later on, have helped me a lot to deepen this wonderful journey. The satisfaction of all those who have trusted me to guide them on this path is priceless. As there is no price for the learning that I continuously take with each and everyone of them.

I´d like to end with a quote from the great master Osho that says: "Life is not waiting for you anywhere. It is happening to you. It is not in the future as a goal to be achieved. It is here and now at this very moment: in your breathing, in the circulation of your blood, in the beat of your heart. Whatever you are, it is your life and if you set out to look for meanings elsewhere, you will lose it. "Namaste.